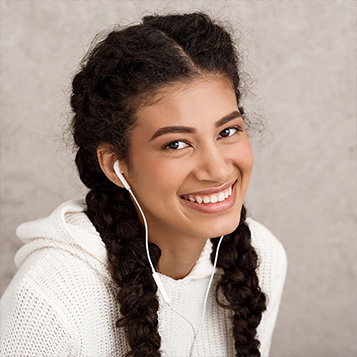 You may have noticed that Drs. Kenneth Kai, Marcus Kai, and Lauri Kim specialize in "Orthodontics and Dentofacial Orthopedics." While most people have heard of orthodontics, many are confused by the "dentofacial orthopedics" part of the title. We can explain!

Every orthodontist starts out in dental school. Upon completion of dental school, some graduates immediately go into practice as dentists. Others choose to pursue a dental specialty, which requires additional schooling during a two- to three-year residency program. There are nine specialties sanctioned by the American Dental Association. Some you are likely familiar with are Pediatric Dentistry (dentistry for children), Periodontics (dentistry focusing on the gums), and Oral Surgery.

Essentially, while orthodontics entails the management of tooth movement, dentofacial orthopedics involves the guidance of facial growth and development, which occurs largely during childhood. In both cases, appliances are frequently used – the more familiar braces for orthodontics, and other specialized appliances like headgear and expanders depending on what facial abnormalities are present. Sometimes orthopedic treatment may precede conventional braces, but often the two are accomplished at the same time. So if your child gets braces and headgear, he's undergoing orthodontics and dentofacial orthopedics!

Because Drs. Kenneth Kai, Marcus Kai, and Lauri Kim are skilled in both areas, they are able to diagnose any misalignments in the teeth and jaw as well as the facial structure, and can devise a treatment plan that integrates both orthodontic and dentofacial orthopedic treatments.